Dwayne Fields was the first black Briton to walk over 400 miles to reach the Magnetic North Pole.

Dwayne is also one of the explorers guiding two-time Academy Award® nominee Will Smith on Welcome to Earth,  a Disney+ original series from National Geographic, an extraordinary, once-in-a-lifetime adventure around the world to explore Earth’s greatest wonders and reveal its most hidden secrets.

He is also working on his own series for Disney+ and National Geographic called Seven Toughest Days in which he will push himself to the absolute edge by getting dropped into some of the most extreme places on earth – during the harshest time of the year – for seven whole days.

Born in Jamaica, Dwayne grew up in the UK from the age of 6. He has been the victim of both knife and gun crime and as a result of his experiences of the effects of gangs and crime, he decided to change his life.

He became an adventurer/explorer, completed a combined honours degree in Psychology, International Development and Business Management and spent three years as an electrical mechanical engineer for London Underground before following his passion and raising funds to reach the magnetic North Pole.

In 2010, Dwayne walked to the Magnetic North Pole, becoming the first black Briton to achieve this feat. On his return he was invited to Buckingham Palace to a reception to mark the centenary of Scott's expedition to the South Pole in the presence of the HRH Queen Elizabeth II.

In 2013 Dwayne was awarded the Freedom of the City of London and is a dedicated Ambassador for the Scout Association, the National Trust,  the Woodland Trust  and a Fellow of the Royal Geographical Society.

At the end of 2019 Dwayne and his expedition partner Phoebe Smith, on a mission to engage young people to realise there are epic adventures on their own doorstep, highlight environmental issues close to home and turn the spotlight on wildlife conservation efforts undertook an expedition from the northernmost to the southernmost points of mainland Britain, in their Seabirds to South adventure.  Their next project is to take a group of under-privileged young people to Antarctica in 2022 on a specially chartered expedition ship through their #WeTwo Foundation.

Dwayne is a force to be reckoned with and is currently planning his next adventure and working on several broadcast projects. 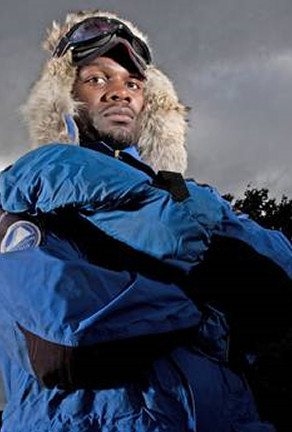