With a passion for cultural and environmental issues Justin has spent much of his life crisscrossing the planet, report on, filming, presenting and producing a variety of productions for the Discovery and National Geographic channels. His first expedition in 2000 introduced the use of satellite and web technologies  to track, chart and communicate expeditions as he journeyed among the tribes of South America reporting on the illegal wildlife trade, child slavery, deforestation, gold mining, cocaine production, piracy and more.

In recent years he has been on operations in Sudan, Saudi Arabia, Belize, Borneo, Djibouti, Colombia, Congo and Libya. More recently Justin went under the radar on the Discovery series entitled Mercenaries, with only a cameraman as support, visiting Russia to explore some heavyweight mafia connections; to Libya where he met with rebels/freedom fighters and Chadian mercenaries; and onto Djibouti for a high seas maritime encounter with mercenaries in search of Somalian pirates.

Recently returned from the Congo, Hall is also one of the new faces of National Geographic’s flagship global series Explorer. Justin has spent years in some of the most remote and dangerous places on earth, cultivating contacts amongst Ukrainian mercenaries, Columbian hitmen, Middle Eastern Sheiks and high-level government officials.  He developed a passion for wildlife, tribes and the environment while working with Academy Award nominated anthropologist & film maker, Jean Pierre Dutilleux (Sting's Journeys to the Brazilian Rainforest / Tribes) on his Tribal Journeys series. Orangutan Rescue  for which Justin was producer/cameraman for NAT GEO WILD, was nominated for an EMMY Award this year. 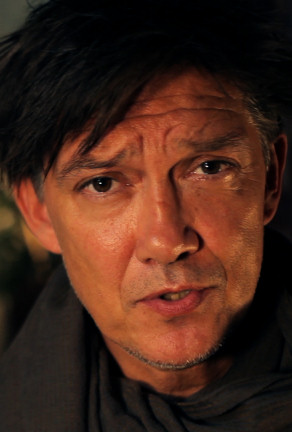