Laura has a BSc in Psychology and Sociology and an MSc in Forensic and Legal Psychology.  She is a victims' advocate and Criminal Behavioural Analyst who trained with New Scotland Yard and the FBI, Behavioural Analysis Units and is the Founder of the world's first dedicated national advocacy service for stalking victims in the UK.  Laura is the co-creator and Host of Real Crime Profile and the co-creator and the Executive Producer and on screen talent for  The Case of: JonBenét Ramsey for CBS and The Case of Caylee Anthony for Oxygen.

After a decade of analysing violent crime at New Scotland Yard Laura became the violence adviser to the National Police Chiefs Council (formally known as the Association of Chief Police Officers). Privileged to be trained by world leaders as a criminal behavioural analyst at the Behavioural Analysis Unit, National Centre for the Analysis of Violent Crime at the FBI and New Scotland Yard, Laura has applied her psychology degrees to analyse violent crime from a behavioural and preventative perspective. Laura places the victim’s voice at the centre of her work, was the architect of the stalking and domestic violence legislation in the UK, winning numerous awards for her pioneering work.

In 2013 Laura launched Paladin, the worlds first National Stalking Advocacy Service  following the highly successful All Party Parliamentary Stalking Law Reform Campaign spearheaded by Laura, which led to stalking becoming a criminal offence in 2012. Paladin supports, advises and co-ordinates the response to better protect high-risk victims of stalking. More recently Laura spearheaded the Domestic Violence Law Reform Campaign, which resulted in coercive control becoming a criminal offence, advising on the new law and the statutory guidance. Laura successfully campaigned with Dr Eleanor Aston, Alex Chalk and Richards Graham MPs to increase the sentences for stalkers, which saw Government U-turn on January 6 2017 and for sentencing guidelines which will be introduced in the summer of 2018.

Laura also co-founded the first National Stalking Helpline in 2010 and co-ordinated the UKs first National Stalking Awareness Week in 2011. Laura previously worked in intelligence and serious crime for over a decade at New Scotland Yard and set up the first Homicide Prevention Unit. She was the head of the Violent Crime Intelligence and Analysis Unit in the Metropolitan Police Service. Laura continues to advise the NPCC, police services and the Home Office on violent crime and public protection.

Laura was the lead author of the booked entitled ‘Policing Domestic Violence’ published by Oxford University Press and has published numerous papers and articles a long with developing the first university accredited training for Independent Stalking Advocacy Caseworkers in the UK and the Home Office and College of Policing training on Stalking and Harassment.

Laura was responsible for developing the Domestic Abuse, Stalking and Honour based Violence (DASH 2009) Risk Identification, Assessment and Management Model on behalf of NPCC. Laura was also responsible for instigating the Multi-agency Domestic Homicide Reviews (DHRs) working with the Solicitor General and the Home Office, influencing legislative change in the UK. She developed the DHR training and is DHRs reader on behalf of the Home Office.

Laura provides advice on rape, domestic violence and stalking cases, as well as homicides including so-called ‘honour killings’ and has trained thousands of police officers, frontline and specialist professionals nationally and internationally.

Laura co-created and produced The Case of JonBenét Ramsey and The Case of Caylee Anthony as well leading the re-investigation on screen for CBS and Oxygen respectively.  Laura was consulting producer and on screen expert on the two hour documentary Dirty John, The Dirty Truth which is now available on Netflix.  Laura is the co-creator and co-host of the podcast Real Crime Profile and an established commentator in the media who has previously looked at cold cases, launched appeals, spoken with police officers and interviewed families who have lost loved ones through violent assaults. She was an expert presenter on It Takes a Killer (Oxygen), Killer Profile (C & I), Britain’s Darkest Taboos (C&I), Killer in the Family (Bio & Crime and Investigation Channel & Netflix) Laura also appeared on Channel 4's How to Find Love On-Line talking about the potential risks of social media and on-line dating websites and Someone’s Daughter, Someone’s Son and on Channel 4’s Cutting Edge The Raoul Moat Tapes: Inside the Mind of a Killer.

Laura has won numerous awards for her work including being selected as one of the top ten women in business in Marie Claire’s 2014 ‘Women At the Top’ Awards, the Charity Times ‘Campaigning Team of the Year’, the Suzy Lamplugh Trust ‘Talking Stalking’ Award and Dod’s Charity Champions National Charity of the year Award. She is an award winning analyst receiving three commendations for leadership for her homicide prevention work, as well as receiving the Silver Standard Award for her work on hate crime at the 9th British Diversity Awards ceremony.

Laura is Founder of Paladin, the world’s first National Stalking Advocacy Service. Paladin was set up following the highly successful All Party Parliamentary Stalking Law Reform Campaign spearheaded by Laura, which led to stalking becoming a criminal offence in 2012. More recently Laura spearheaded the Domestic Violence Law Reform Campaign to criminalise coercive control. Laura helped draft the new law and the statutory guidance and developed and delivered the first training on the new law in the UK.Her work has changed the law on stalking  and domestic violence  in the UK. 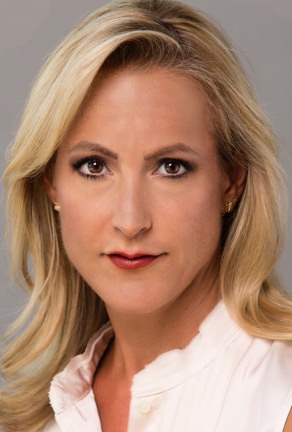